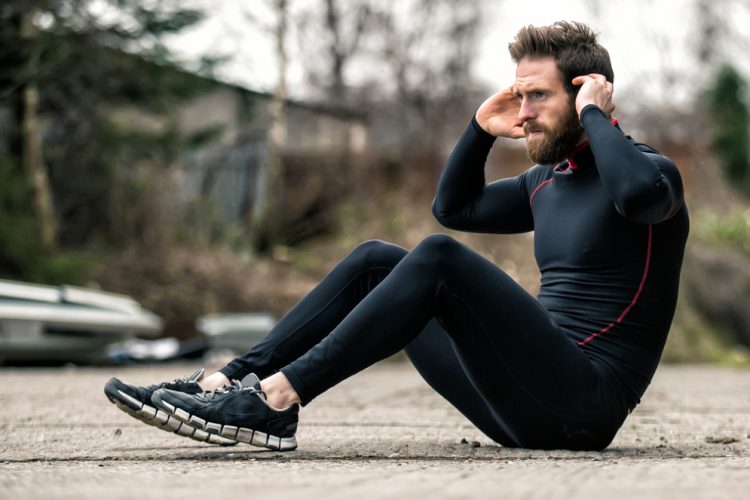 Recently, a group of coworkers and I completed a twenty-two day pushup challenge. Twenty-two push-ups in twenty-two days to raise awareness for veteran suicide prevention. Certainly a great action for an even greater cause. But after day twenty-two had come and gone, everyone was still hungry for a challenge; for a new way to test their physicality while continuing down the healthy path that they had paved.

Discussions were had, votes were taken, and at the end of the day a winner was chosen. Unfortunately, that winner happened to be the ever-popular sit-up. And honestly, I was not surprised.

You see, with the amount of people I see performing sit-ups at the gym, it still seems to be the preferred method for those who want a tighter midsection. But, believe it or not, sit-ups are no longer the go-to exercise prescribed by fitness coaches and personal trainers who have kept up with changes in the industry. What once was considered a staple of any effective fitness program is rapidly becoming one of the top exercises to avoid.

Yet, despite the pendulum swinging against the use of sit-ups, there are still many today who view them as an effective means of burning fat while sculpting a stronger midsection (aka sexy abs).

This has to stop.

You see, the truth of the matter is this: sit-ups are only working half of what you believe them to be. But that’s not the worst part. By continuing to create the spinal flexion that occurs when performing a sit-up, you are setting yourself up for injuries. Injuries that can have devastating consequences.

Sit-ups are only working half of what you believe them to be.

It’s time to vanquish the sit-up once and for all.

Why Sit-ups Are Killing Your Back

Your back, including your spine, handles the majority of movements that you perform on a daily basis. Its role in the kinetic chain is of the utmost importance; a strong and healthy spine is designed to withstand the many stresses that are placed on your body on a daily basis.

The lumbar spine, in particular, must endure the most demanding forces such as lifting heavy weights, carrying groceries to your front door, or fighting off an army of ninjas. The lower back pain that you feel after certain activities is your lumbar spine warning you that too much stress is being placed on it. When it comes to exercises, you want to avoid ones that tug the lumbar spine. These usually result in spinal flexion which leads to back pain. Ditching the sit-up will help to mitigate these risks.

When it comes to exercises, you want to avoid ones that tug the lumbar spine.

But don’t just take my word for it. Stuart McGill, a professor of spine biomechanics at the University of Waterloo, says that sit-ups can put hundreds of pounds of compressive force on the spine. Unfortunately, if you already have a weak lower back, sit-ups might actually be making it weaker.

But what about those sweet, sweet abs?

Well, you’re going to want to sit down for this one. Already sitting? Then stand.

Sit-ups aren’t doing a good job of targeting the muscles that you think they are.

Instead of using more of the rectus abdominus (the muscles that sit at the top of your abs), sit-ups use more of your hip flexor. The hip flexors are attached to your lumbar spine (lower back) and when they are overworked, they become tightened. This is one of the reasons why sit-ups lead to lower back discomfort. And along with back pain also comes the issue of poor posture.

Why Sit-ups Are Killing Your Posture

You’ve heard countless of times how sitting for too long can wreck havoc on our posture. Well, the same holds true for sit-ups.

You see, sit-ups involve rounding your back which puts it in an unnatural position. On top of the issues with the lumbar spine, rounding the thoracic spine leads to a whole other set of problems. For example, this can result in forward, rounded shoulders and that dreaded caveman look as well as chronic back pain. Sit-ups only make matters worse by contributing to the postural issues produced by sitting all day.

Just think about it this way: when you lie on the floor and pull your upper body towards your knees, you’re putting your spine in the same position as when you’re hunched over your keyboard. And as you move your spine from anterior (front) to posterior (back) flexion, your spinal discs are squeezing together. Then, when you get to the bottom of the movement, you push your spine onto the floor taking it out of its natural curve which ends up pulling on your lumbar spine. It’s evident why you might deal with back pain or postural issues. But that’s just the tip of the iceberg.

Constantly applying these stresses to your back can lead to herniated or ruptured discs.

In fact, the consequences produced by doing sit-ups have also been recognized by the US Army. A recent article published at the DailyMail.com highlighted that the army is now taking action and removing the sit-up from its fitness test. This is due to the 56 percent of soldier injuries that were linked to the sit-up part of the old fitness test. The Navy and Marines are also exploring the exclusion of the sit-up.

There has to be a better way to strengthen the core. And I’m going to show it to you.

Why Planks Are The Better Choice

Sit-ups only strengthen the muscles in the front of your midsection. And that’s if you do them correctly, which most people don’t. If you need an exercise that will not only give you the abs of your dreams but also strengthen your entire core, then your focus should be on planks.

Unlike sit-ups, planks are an isometric exercise which means that there is no actual movement involved. The muscle contraction happens by remaining still.

The most well-known version of the plank involves holding your body above the floor with your toes, hands, forearms and elbows planted on the ground while keeping your body suspended in a prone position. Holding this position for several seconds works the transverse abdominus, obliques, glutes, and hamstrings.

This position mimics your real word posture, or at least, the posture which you should have by maintaining proper alignment. Head straight. Shoulders above hips. Hips above ankles. And your spine never moves.

Planks help to build stability within your core and strengthen your lower back. So, you can kiss those annoying back pains goodbye.

Planks help to build stability within your core and strengthen your lower back.

Does this mean you should never, and I mean neeever, do sit-ups again?

They say “never say ‘never.’” But, yea, never. If you want to target the rectus abdominus (the visible six-pack muscles), a crunch is a much better alternative. Since crunches don’t involve the same range of motion that sit-ups do, they use less of the hip flexors and also puts less compression on the spine.

But, if you want to perform a more functional exercise, an exercise that will not only make your abs pop but also strengthen your body as a whole, then ditch the sit-up and roll with the plank.