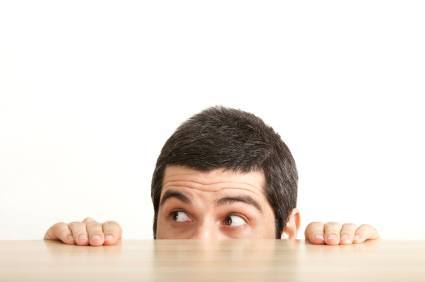 Just the thought of putting my toe on the starting line gave me a pit in my stomach. The more I thought about running my first race, the more I dreaded it. I was completely psyching myself out mentally before I ever even took one step. I was literally afraid to run my first 5K.

Afraid? Of what? Exercise maybe?

Truthfully I had pounded out the 5K distance probably 10 or 12 times before race day. It was something I had done and redone. Yet for some reason the thought of running that distance in such a formal fashion scared me to death.

I found myself fretting over the most ridiculous things.

Looking back I can’t believe some of the doubts that were filling my head.

I can’t imagine I’m alone in this, so I thought I’d give you a few reasons to have confidence going into your first race. Whether it be running, cycling, swimming, or public transit surfing (trust me, it’s a sport), there’s no reason to fear race day.

One of my big concerns before my first 5K was running S L O W. I had visions of the timekeepers having all of their equipment packed, just waiting for me to cross the finish line so they could go home.

Looking back I can’t believe I was concerned about my time at all. I was running a 5K! 8 months earlier I wouldn’t have been able to bike a 5K… downhill… to a Burger King.

On race day just focus on doing your best. Push yourself and don’t focus on your time. Leaving a race knowing you did your absolute best will be much more rewarding than a number. It turned out I actually did set a personal record that day. I ran the fastest 5K I had ever run, and it wasn’t because I was “making good splits” or staring at my watch. I just held up my head and ran the best I could. It was that simple.

There Are No “Mean Girls” At A Race

In the same way I was afraid of holding up the timekeepers, I thought about all of the veteran runners who would be running sub 20 minute 5K times. What would they think of the guy crossing the finish line in almost twice that much time? I imagined eye rolling, and finger pointing, or at the very least some talking under the breath. You know what though? There wasn’t any of that.

I wish I could portray in words the positive energy you experience at a race. Especially for those of you who have never run a race before, I wish I could pass the feeling of community, camaraderie, and overall coolness that exists at a race right through your computer screens. Everybody wants everybody else to succeed. The early finishers almost always stick around to cheer on the later ones. Everybody who crosses the finish line really is made to feel like a winner. As cheesy and cliché as it may sound, everybody who runs, wins.

For years I mocked people who paid to run. The whole concept made absolutely no sense to me. For anyone sitting on the fence about running your first race, open up your wallet and put the money down. It’s totally worth it!

You Can Only Control What You Can Control

The possibility of burrito revenge is real. There’s also a possibility of getting lost I suppose. Although I have to say that was by far my most ridiculous fear. You might turn an ankle or it might be pouring rain. Those aren’t things you can control.

You can however plan your nutrition for your best performance. You can put on rain gear, and you can watch for potholes. You can make sure you complete your training and prepare yourself the right way. Put all those things into place and the only thing you’ll worry about on race day is where to eat your post race meal.