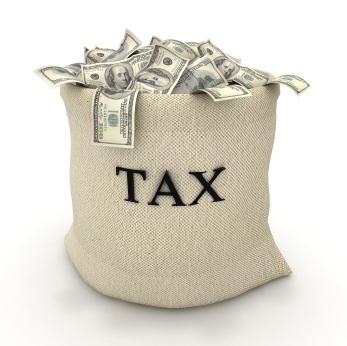 An interesting dilemma has come across my radar as of late and I’d like some help deciding where I stand on this issue.

Imagine that you’re placed in a situation where you can eat healthy for the rest of your life without much difficulty at all. Fresh produce is abundant and CHEAP. You can go to the grocery store and buy a sack of potatoes for $3. Conversely, a box of Twinkies will set you back at least 10 bucks. Wouldn’t that make that whole simple eating thing a lot more simple?

It sounds pretty good to me.

I’d love for the script to be flipped so that food that was good for us was actually more friendly to our pocketbooks as well. High prices can definitely be a deterrent when it comes to stocking that fridge full of healthy proteins and veggies. I know that when I first started eating healthy foods I had a bit of sticker shock.

Thinking of the food costs as an investment in my future health has been the best way for me to swallow the heavy spending health food pill. I can pay an extra $200 a month now or I can just pay for a $100,000 heart surgery in my 50s.

What would it take to create this wonderland where junk food has astronomical prices?

Would you be more prone to drop the Big Mac if it were to cost 9 bucks?

What if we started taxing junk food?

A recent article from my local news described how Utah more than doubled it’s tax on tobacco. Smokers were outraged as it raised the cost of cigarettes nearly a dollar per pack. Cigar prices increased about 10% overall. To say that tobacco users were pissed off about the whole ordeal would be the understatement of the year.

Many of the smokers used an argument that didn’t bode too well with a percentage of the portly population. Many tobacco users argued that obesity is more of an epidemic than disease caused by smoking or second hand smoke. In an outrage, many began to demand the tax of items like high fructose corn syrup and trans fats. They argued that those items could potentially be more addictive than nicotine and ultimately just as deadly causing issues like diabetes, heart disease, and renal failure.

Umm…they have a pretty good point.

do you think? Would you be less tempted to hit the drive-thru or buy that Coke if it was extremely overpriced? I think our gut reaction says, “I’d never pay 20 bucks for a burrito or 3 bucks for a can of Coke!” I’d like to say that’s true but what about the smokers that guaranteed they would quit when cigarettes hit a dollar a pack? That was almost 4 dollars ago and they’re still two-pack-a-day chimneys

Taking it one step further, where does personal choice actually come into play? Is motive that is strictly financially driven going to work in the long run?

I’d love to hear your thoughts and opinions. Vote in the poll and then defend your stance in the comments. Keep the gloves up and keep it clean but let’s have a discussion about using taxes to fight obesity in this country.