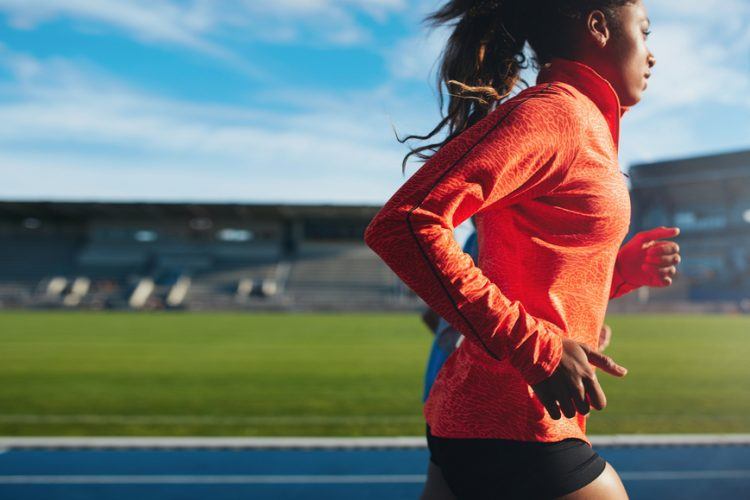 Olympians represent the pinnacle of human performance. They’re examples of what can happen when raw talent and years of training intersect. And the results are spellbinding as the entire world tunes in to watch.

If we look beyond the meets, heats, matches, and medals, it’s easy to see that their training and preparation is world-class. I mean, that’s why they’re world-class athletes, right?

But what about us normal people?

Can we take a page out of our favorite Olympian’s book and use them in our own training? Or are these training secrets only reserved for elite athletes performing on the highest level? Good news—they’re not.

You can use the same world-class training principles that Olympians follow to see your own world-class results.

It doesn’t matter what your goals are, there are simple principles that will help you consistently succeed. Maybe you want to lose fat. You could be looking to gain muscle. Or maybe you’re an Olympian trying to break a world record and head home with the gold.

The one thing every workout program needs to keep you moving toward your goal is progressive overload.

Olympians have been using this technique for years—thousands of years.

Milo of Croton: The Man, The Myth, The Legend

About 2,500 years ago, a Grecian from southern Italy was known for unbelievable strength and athletic dominance. This man, Milo of Croton, was a wrestler. But he wasn’t any wrestler, he was the Michael Phelps of wrestling.

Not a bad résumé.

But in case it wasn’t enough, he also received the Periodonikes title. A title awarded to the athlete that won all four festivals in one cycle. Our friend, Milo, did so five times.

Saying he was good—even great—is an understatement. The stories, myths, and legends surrounding his name are incredible.

Milo owed his dominance to his strength. And he owed his strength to one of the most tried and tested training principles of all time.

Milo, His Calf, and Progressive Overload

How did Milo get so strong?

And it certainly wasn’t because he had pharmaceutical help. Milo competed long before the days of PEDs, anabolic steroids, and blood doping. (Although some claimed his invincibility in competition was due to the rooster gizzard stones he consumed.)

It’s said that the way he was able to build such superhuman strength was, in fact, an incredibly simple strategy.

Day after day, he followed the same routine over the course of four years. There was one change. And it was a big one.

The animal, which started off as a newborn calf, had become a four-year-old bull.

Legend has it that on the final carry, he carried the four-year-old bull to the slaughter, roasted it, and then ate the entire thing. (Not only was he a great wrestler, apparently he was also the epitome of manliness.)

Even though eating an entire bull is more than enough food to fuel some serious gains, the real secret to Milo’s strength lies with the simple principle of progressive overload. A principle Milo and his calf executed to perfection.

The No-Bull Approach to Progressive Overload

Luckily, you don’t need to carry livestock to get amazing results. In fact, all the best training programs in the world follow the main principle behind Milo’s success. Without the bull.

Progressive overload is that principle. And it’s one thing every workout program needs.

It’s what helped Milo develop the amazing strength to dominate wrestling circuits. It’s what helps modern athletes compete at the highest level. And it’s what you need to shed more fat, build more muscle, and uncover the body of your dreams.

But what is it?

Progressive overload is simple. It’s defined as a gradual increase of stress placed on the body through training and exercise. This type of stress is a good thing (known as eustress) because it helps our bodies positively adapt.

You can, however, have too much of a good thing.

Gradual is a critical part of this increase in training stress. Too much too quickly and you’ll stifle your progress. On the other hand, gradual progressions will keep you moving forward and avoiding plateaus.

Simply put, your workout should become more difficult as you get more fit.

The story of Milo and the calf are a perfect example. But the progressive overload was built-in. Milo didn’t have to think about increasing the weight because the growing calf did that automatically. How do we progressively overload a program in the modern fitness world? (You know, if you’re not lifting a growing bull on the daily.) It’s simple—do more.

Focus on doing more this week than you did last week.

Doing more can mean anything. More weight, more reps, more sets, less rest, better form—the list goes on. Honestly, it doesn’t really matter how you do more. What does matter is that you find a way to do it.

Focus on doing more this week than you did last week.

Consistently and gradually increase the intensity of your workouts and you’ll see incredible results.

It worked for Milo. It’s worked for thousands of Olympians since. And it will work for you. Here’s why:

Any sort of change in fitness—good or bad—comes as a result of adaptation. And your body adapts specifically to meet the demands. In the world of exercise sciences, it’s known as the S.A.I.D. principle (specific adaptations to imposed demands).

Both are examples of adaptation. When you consume calories in excess, your body stores the extra energy. When you don’t eat enough, your body utilizes that stored energy for fuel. As a result, you get bigger or you get smaller (respectively). Your body changes, or adapts, to the specific stimulus you provide.

If the stimulus never changes, you won’t either.

Eventually, your body will adapt to your program. At that point, you need to impose new demands to stimulate more adaptation. Without it, you’ll stop seeing results.

If the stimulus never changes, you won’t either.

Progressive overload works because it forces your body to keep adapting with a program that gradually becomes more difficult. As your workouts become more intense, you become more lean, more muscular, and more awesome.