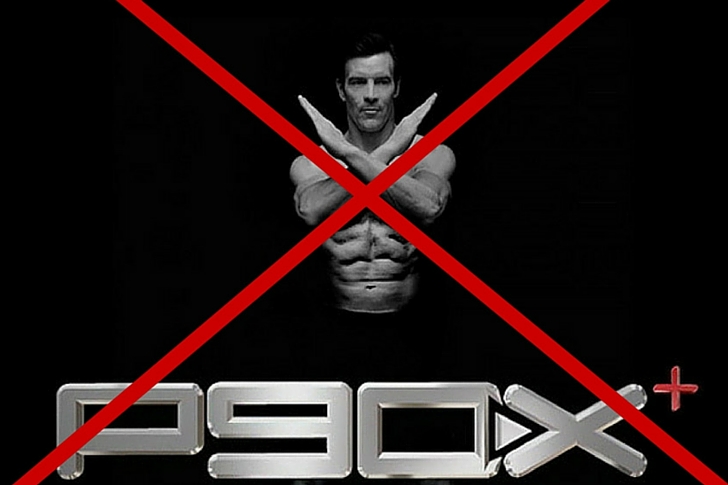 P90X is one of the most popular exercise programs of all time. Tony Horton, the creator, is a great guy and drops some incredibly cheesy lines in the videos (both things I absolutely love). Aside from his personality on camera, the workouts were groundbreaking and touted a revolutionary training concept—muscle confusion.

Tony created a program that continually changed so that it could “confuse” your muscles and help you burn more fat faster. Plus you could do it all from the comfort of your own home.

It was almost too good to be true. Except it wasn’t.

P90X worked. Thousands of people have transformed their bodies while watching Tony take them through a seemingly endless variety of exercises.

As the program became more and more popular, muscle confusion became the thing in the fitness industry. Your exercise program wasn’t worth anything if you didn’t work in some muscle confusion. Because if Tony was doing it, it must work. Obviously.

There’s a bit of a problem, though. Muscles can’t get confused—or even think for that matter.

Muscles can’t get confused—or even think for that matter.

Each muscle in your body has a specific function (for example, your quads extend your knee). It doesn’t matter how confusing your workout might be, knee extension is still knee extension. And your quads make it happen without confusion. Regardless, the muscle confusion craze swept the fitness world.

The magic of muscle confusion isn’t anything but nifty marketing.

And the marketing worked like a charm. Almost everybody has heard of P90X, Tony Horton, or muscle confusion. Thousands have gotten great results following the program. But their progress happened in spite of, not because of, muscle confusion.

The unfortunate truth is this—a program that’s focused on continuous change to “confuse” muscles is slowing your progress.

The Origins of Muscle Confusion

Before I get into why muscle confusion can cripple your results, I need to explain something…

Think of running. Somebody that’s never run before, is going to work really hard (read: burn a lot of calories) running a mile. A marathon runner, on the other hand, isn’t going to burn very many calories running a mile. Because the marathoner is efficient at running, they burn fewer calories from running. And because the non-runner is inefficient at running, they burn more calories (and more fat) from running.

As you get better at specific movements or exercises, you also become more efficient—effectively reducing the overall caloric burn.

As you get better at specific movements or exercises, you also become more efficient—effectively…

Let’s say the non-runner from before decided to start running every day. Awesome. As they get better and better at running, they’ll burn fewer and fewer calories. Maybe running a mile was enough to get results at first. But after a few weeks and increased efficiency, it simply isn’t enough anymore.

It’s a vicious cycle. As you keep getting better at whatever exercise you may be doing, your results slow down. To continually progress, you have to keep upping the ante.

It happens all the time

Has it happened to you? Maybe it wasn’t with running, but with something else. No exercise can escape the law of diminishing returns. If you’ve ever started a program, gotten great results initially, and then hit a plateau, this is why.

Periodization is the nerdy fitness term for changing your program to avoid these plateaus. Often, it involves cycling through different phases of your workout program every 4–8 weeks. That way, you’re not stuck doing the same thing and getting worse results.

Tony took this concept to an extreme with muscle confusion. (I mean, the “X” stands for extreme, right?)

Constantly change the program, never become efficient at the movements, burn more fat, and eliminate plateaus. It’s not a bad idea. And in all fairness, there is some validity to it.

But muscle confusion takes the science-backed strategies (inefficients movements for better fat loss and periodization) too far. And it hurts more than helps your progress.

Muscle Confusion and Mediocrity with the Many

The cliché, “jack of all trades but a master of none,” has a negative connotation. Sure, there’s merit to being pretty good at a wide variety of things. But better than mediocrity is mastery. Especially when it comes to fitness.

Muscle confusion will get you familiar with a ton of different exercises, but you’ll never be able to master them. Most of the time, you’ll barely even get the hang of them. New exercises come and go faster than you can figure out exactly where you need to put your feet during that new squat variation.

Dabbling in too many exercises leaves your proficiency level mediocre—at best. Unfortunately, that’s exactly what muscle confusion gets you. You’ll wind up mediocre with the many.

And you won’t uncover the body of your dreams.

For the sake of muscle confusion, true progress gets sacrificed. Instead of training your body to become better, you’re simply exercising.

Don’t get me wrong, exercising is a good thing. Exercise will help you burn calories, be more fit, and be more healthy.

But there’s an important difference between exercise and training.

Training and Excellence with the Few

When you exercise with a purpose, you cease simply exercising and start training. It’s about more than getting active, it’s about getting awesome at whatever you’re doing. It doesn’t matter what you’re doing—pull ups, push ups, deadlifts, or anything else. If you want to be a boss with pull ups, start pounding out single-arm push ups like a champ, or deadlift all the weight, you have to train for it.

Changing your program too much or too often will stifle the results from your training. (Sorry, muscle confusion.)

There are only a few basic body movements:

Confuse your muscles as much as you want, you’re still either pushing, pulling, squatting, or hinging.

So you’d be better off getting excellent at basic movements (the few).

You’d be better off training than simply exercising.

You’d be better off training than simply exercising.

Going from an exercise to a training program is a next-level step. And once exercise has become habitual, you’re ready to take your workouts and results up a notch.

The best part—getting started is simple.

Pick one or two exercises for each basic body movement. Here are a few of my favorites:

Train the exercises you’ve picked for a month. Hard. That doesn’t mean trying to be a hero and going too hard, but it does mean using progressive overload. In other words, focus on getting better every week. Use better form, more weight, add an extra couple of reps, another set, or even something as simple as decreasing rest time will get it done.