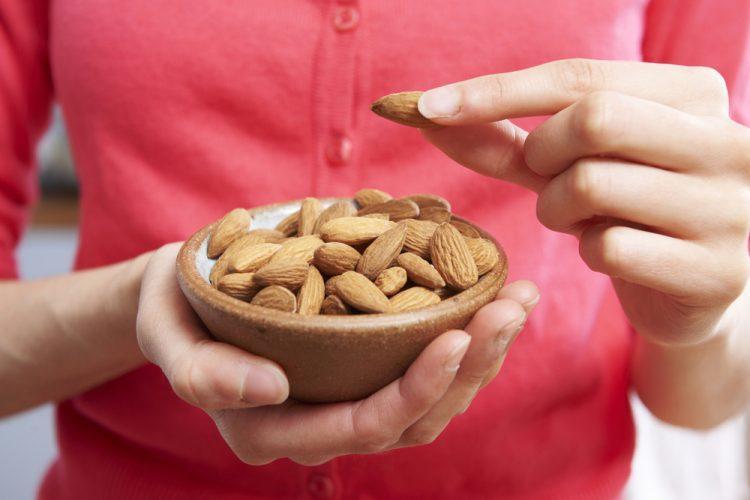 Here’s another fact… I’ve been on an intuitive eating “program” for months. And it’s working.

I’m not one of those genetic freaks that eats whatever they and never gains a pound. In fact, I’m a natural chubster that can gain weight just looking at a piece of chocolate cake.

I’m not one of those live-ins at the gym that spends countless hours pumping iron. In fact, I’ve been recovering from an injury so I’m not doing more than simple bodyweight workouts a few times a week.

I haven’t been tracking my foods, hitting my macros, meal prepping, or even putting much thought into what I eat. But I’m still getting results.

And I’m going to tell you how you can too. But first, I have to explain something…

We’re a sum total of everything that has ever happened to us. It’s the dynamic process of life.

Everything we’ve ever experienced has made us who we are today. For example, I still have a big thing for violinists. Back in 7th grade, my first girlfriend was a violinist. We were both in the orchestra and it was a great relationship. From opposite sides of the room, we would flash each other funny looks, laugh at inside jokes, and carry on entire conversations via lip reading. (Texting and social media weren’t really a thing back then.)

We even held hands sometimes. We were kind of a big deal. Like, people knew us. …in the orchestra, at least.

That was years ago, but even something as seemingly insignificant as a middle school girlfriend can have a lasting effect. (Which is probably why I have such a massive crush on Lindsey Stirling.) The dynamic process of life applies to anything and everything—from me and my violinists to you and your fitness.

We’re a sum total of everything that has ever happened to us.

Your current fitness level is the sum total your entire life’s activity and nutrition. Every set you’ve ever finished, every rep you’ve ever done, and every bite you’ve ever taken has landed you right where you are.

What Is Intuitive Eating?

The concept of intuitive eating is straightforward and pretty simple. Rather than following a strict diet, logging foods, and tracking macronutrients, you eat intuitively. The philosophy is based around the idea that being in tune to your body and listening to its natural hunger cues is a better way to reach healthy weight.

But things often don’t work as well in practice as they do in theory. Like a cheap Chinese buffet—it’s always a good idea, until you eat too much and it hurts to think.

Most people practice a form intuitive eating… well, intuitively. Scientific research calls it ad libitum, which is just fancy Latin for saying as you please or eating according to your natural cues.

Life simply isn’t as easy as listening to our bodies and knowing exactly what to eat to reach our goals. If it were, everybody would have the body of their dreams. But according to Centers for Disease Control and Prevention, 69% of American adults are overweight or obese.

Intuitive Eating: Why It Doesn’t Work

The crux of intuitive eating relies on listening to your body and understanding natural hunger cues. There’s just one slight problem. People are awful at listening to their bodies.

Ever ignore and injury or put off going to the doctor when you’re sick? When you do, you’re hearing what our body’s saying, but you’re not really listening. Everyone does it. The more we practice not listening to our bodies, the better we get at it. Over the course of our lives, we get really good. Some people even wind up on TV show because they didn’t know they were pregnant. Talk about not listening to your body.

But yeah, let’s base our eating on listening to the body and getting better results. Seems legit.

Even if we were perfectly in touch with our bodies, sometimes our body screams for a bacon wrapped hot dog, french fries, and all the ice cream. It’s just the way it is.

At the end of a long, stressful, and hectic day, junk food may be exactly what you need. However, eating whatever you want whenever you want won’t help you lose fat or build muscle. That’s common sense.

Another issue with intuitive eating is that, unless you’re following a diet plan, you’re already eating intuitively. Statistically speaking, most people aren’t following a diet. Based on the odds, that includes you. And If it’s not working for you today, it won’t suddenly start working tomorrow.

Remember, the dynamic process of life applies to everything. In this case, you’ve been molded—literally and figuratively—by your eating habits. Intuitive eating will simply be an extension of the habits you’ve already formed. Those same habits that got you to where you are now.

But you’ve got goals. And to reach those goals, you need to do more than intuitive eating.

Here’s the biggest problem with intuitive eating—people have no idea what they should eat. It’s not your fault. We were never taught proper principles of nutrition. And thanks to all the confusion, misinformation, and dogma surrounding nutrition, it’s almost impossible to go it alone.

In spite of the fact that it’s impossible, intuitive eating is based on going it alone. And it won’t work…

At least not yet.

How to Make Intuitive Eating Work

Flying solo with your nutrition isn’t going to work. So don’t try. You’ll waste your time and effort. Save yourself the frustration and get a great plan or hire a coach.

If you can’t get a coach, at least get a good plan.

A coach (or plan) is going to help you learn the proper nutrition you need to reach your goals. And thanks to the dynamic process of life, that’s a gift that keeps on giving. As you learn more, you develop the knowledge base required to successfully follow an intuitive eating program.

Flying solo with your nutrition isn’t going to work. Save yourself the frustration and get a great…

That’s why intuitive eating’s been working for me. It’s not because my body intuitively knows what it needs. It’s because my mind does. I’ve spent years studying and applying nutrition strategies and principles. At this point, advanced tactics come naturally for me.

But it doesn’t have to take you years. It can happen in as little as one month. Here’s how:

1. Get a coach, proper plan, or both. (Preferably both.)
2. Follow the plan to the letter.
3. Religiously track your foods.

Do that for a month or two and you’ll be prepared to crush intuitive eating. After 30–60 days of experience with proper eating, you’ll learn what your body needs and when it needs it. You’ll know what foods will help you get which macronutrients.