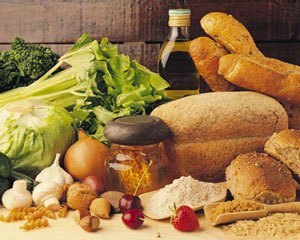 I learned my lesson about carbs in college. At that time, no-carb diets were all the rage; my friends and I would go days without touching sandwiches, pasta, rice, or any other grain we could think of. The “no carb” trend came as quite a shock to us, because we (like most college students) had previously subsisted on a diet mainly of carbs and fatty foods.

After a few days without carbs, I noticed my energy begin to flag. I no longer bounded out of bed to face the day, nor could I go through my morning without several cups of coffee. It took me a while to pinpoint the cause of this energy deficiency, and it had something to do with my no-carb diet. At the time I didn’t realize that carbs are basically the main energy source for the human body: doing without any carbs was the most foolish thing I could do to stay healthy, especially since I was exercising on a regular basis. My body desperately needed fuel, but I kept feeding it greens and water.

That was when I learned the difference between “good” and “bad” carbs.

Not all bread is bad

Years later, I’m much more informed about smart eating. I recall my college days according to the experimental diet I was trying out at the time, but that’s no longer the case. I understand that the bread on a sandwich won’t kill me. In fact, it can do wonders for my body.

The difference between unhealthy and relatively healthy bread lies in the way that the loaf is made. A typical loaf of fluffy white bread is made with refined white flour, sugar, and little to no fiber. The fiber in a loaf of bread is key to making it the healthier choice; because fibers help our bodies regulate the amount of carbs that get absorbed into our system. Breads high in fiber—like whole grain and wheat varieties—will have less of an adverse impact on our bodies simply because they aren’t made of pure carbs. Whole grain bread is a good source of fiber-regulated carbs, but there are better sources.

Carbs beyond the grains

The best foods for carbs and fiber are plants rich in both. Beans, greens, and fruits of all kinds have plenty of healthy carbs and fiber that you can’t get anywhere else. Plant foods aren’t processed like bread and prepackaged foods, so the carbs and fiber you get from them are all natural and healthy. For example, a plate of broccoli, black eyed peas, and bananas will give you more than a day’s worth of fiber, as well as ample carbs and nutrients to keep your body strong and energized.

We always think of carbs in terms of breads or potatoes, but the truth is that carbs exist in much of the foods available to us. If you’re well informed on nutrition, you can go days without eating a load of bread and still get ample healthy carbs from other sources. Choose your carbs wisely, and you can easily curb any dietary issues.

Mariana is a freelance blogger who primarily writes about how online education and technology are transforming academia as we know it. Having spent a good portion of her professional career trying to reform high schools in East St. Louis, Mariana is particularly interested in how online colleges in Missouri make higher education a possibility for students of all backgrounds. Please contact her at mariana.ashley031@gmail.com if you’d like to discuss this article or education in general.