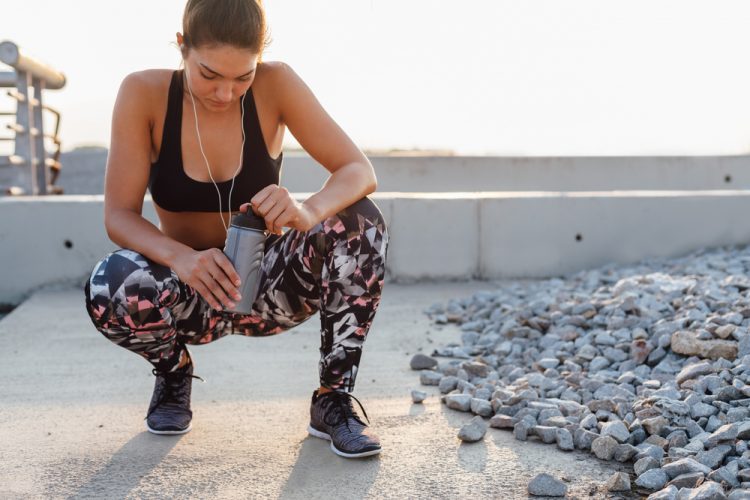 One of the biggest reasons I believe people don’t see success in their fat loss efforts is that they become handcuffed by the blind belief that food must be limited, flavourless and boring. When lifters (like yourself) subscribe to this mentality, it achieves nothing short of setting yourself up for grand failure.

Being able to enjoy the food before you, regardless of what it is or how much is there, is paramount to your long-term success.

And since we’re being transparent, I totally get it. I’d be lying if I told you that in the final weeks of my contest prep I was enjoying my paltry servings of protein, select veggies, and mustard. Or salsa, if I was feeling frisky.

It becomes much more appealing to slip back into old habits and comforting meals when you can’t find enjoyment in the plan you’re trying to follow.

Gleaned from asking numerous clients and fellow lifters, I’ve come to realize that much of the resistances comes from the effort that’s asked to be put into your meals, the occasional set of restrictions or having to opt for cooking something at home as opposed to grabbing something quick and easy from the store.

It doesn’t have to be this way. There need not be such a black and white dichotomy between moving towards your goal or veering far, far away.

Let’s address the topic of food itself, first.

It’s not so much what you eat as it is how much.

Or in fancier terms, understand the context and dose dependency of a given food.

As with many different contexts, the devil is in the dose, not the substance.

This means that there are no inherently good or bad foods. Rather, what tips the scales towards healthy or unhealthy is the dose in which they’re consumed.

There are no inherently good or bad foods. What tips the scales towards healthy or unhealthy is the…

I’m not arguing the fact that choosing rice over pop tarts as your post workout carb is going to be a better choice, but that one serving of pop tarts isn’t going to be the deciding factor in your physique. Unless, it becomes a daily habit that ultimately leads you to taking in more calories than needed or you have an adverse reaction to some of those highly processed ingredients.

To hammer this point home, let’s look at two examples of widely consumed compounds, that do have lethal doses.

Aspartame and caffeine. These two show up in near everything these days, and there are more than enough studies that make a point of labeling them as “awful for you.”

Say it ain’t so, though.

The safe, tested upper limit for a 175 pound human is 3200mg of aspartame. When you consider the fact that a can of diet coke only contains a paltry 180mg of aspartame, I believe it’s safe to say that you need not worry about aspartame.

Unless you have a daily habit of knocking back 16-18 cans of Diet Coke.

If you’re taking in 1-1.5 grams of caffeine per day, you’ll likely experience a syndrome known as caffeinism. This will display itself in the form of caffeine dependancy, nervousness, irritability, insomnia, palpitations, and headaches after consumption. For context, you’d have drink 4 Starbucks venti dark roasts per day (approximately) to hit that threshold. You practically have to go out of your way to drink that much, and it’s still nowhere the toxic dose.

The lethal, toxic dose, however, is estimated to be 150-200mg of caffeine per kilogram of bodyweight. For a 150 pound human, that’s around 75 cups of coffee.

Even the most caffeine-initiated don’t have to worry about hitting that threshold (I hope).

Do you see the trend here?

Caffeine and aspartame have been demonized and labelled as poison, detrimental to your health and will surely rob you of all your gains.

But if we look at the research that’s been completed, it’s clear that the toxicity doesn’t lie in the compound itself. Rather, the potential for toxicity comes from the amount you would need to ingest before suffering ill effects.

Something tells me that you aren’t knocking back 73 cans of pop or 80 cups of coffee each day. If you are, you’ve probably got more pressing matters in your life than an overload of aspartame or caffeine.

And much the same can be said for the foods that you choose to eat. So many stress the minutia of what they eat, when their mental energy would be best served reeling in how much they eat.

Choosing to eat a salad over half a pizza one isn’t going to torch away pounds of fat. Similar to how eating a pint of Ben and Jerry’s on a Tuesday afternoon isn’t going to add 15 pounds to the scale.

The dose for both is small. But, on the other hand…

If you’re cognizant enough and make the choice to have that salad as opposed to the pizza 5 times per week instead of once or twice, I can all but guarantee that you’ll start moving the needle in the right direction.

Alternatively, if your Tuesday afternoon pint of BJ’s turns into a Tuesday, Thursday, Sunday tradition, you cannot realistically expect to make the progress you want.

You see how regardless of what the food is, neither is “healthy” or unhealthy” of their own accord.

At the end of the day, there’s a couple of things that crushing your goals boils down to. And it doesn’t matter whether your goal is to build 35 pounds of muscle, get shredded to the bone and step on stage, or to lose 10 pounds of fat, build some strength and become more confident and comfortable in your body.

The principles to achieving either are the same. You must develop a [new] set of habits that are supportive of your end goal.

If you want to get jacked, shredded and tanned, you’re going to have to start prepping meals, hit your macros day in and day out and do your best to not miss a training session. Then you’ll need to rinse and repeat that for months, if not years.

If you’re in the 10 pounds of fat loss boat, while you may not have to be as tight with things as the person above, you’re still going to have to concisely choose the chicken salad over the pizza, the black coffee over the 8 pump vanilla latte and pick the gym over reruns of Friends.

This isn’t meant to be harsh or a slap in the face. Rather, an ice cold cloth of reality placed gently over your face.

If you can’t first cultivate the mindset necessary to work on and implement new habits, make changes in your life or remain focused on your goal, that’s where you need to begin.

Often ignored and overlooked, your mindset is both your greatest weapon and your Achilles heel.

Often ignored and overlooked, your mindset is both your greatest weapon and your Achilles heel.

Your eventual success lies in your ability to create and implement a set of goal-supportive habits that mesh with what you want to achieve.

To create change in one area of your life, more often than not, you also need to change another aspect. If the will and openness to creating change isn’t there, you’re going to be in for a rough time.

That’s the brutal, honest truth of it.

If you want to lose 20 pounds of fat but you aren’t willing to make any changes within your diet or lifestyle, well, you aren’t going to lose the fat.

But if you make changes in those two areas of your life? If you start opting to cook a fresh meal at home instead of grabbing pizza from across the street? If you decide to drop your nightly dose of Wipeout and America’s Got Talent in favour of hitting the gym 3 or 4 times per week? If you start swapping your daily can or two of coke for tea, water or even a diet coke?

That fat is going to slide off. And the more consistently you adhere to these habits, the quicker it’ll come off and the more likely it is to stay off.

Fall in love with the process.

Achieving fat loss is one hell of a process.

Speaking in terms of what you enjoy, what excites you and what motivates you, you learn a hell of a lot about yourself during the fat loss process.

If you can’t come to find any pleasure or gratification in the process of strengthening your mind, training your body and practicing the habits that will bring you fat loss, then you’re doomed before you begin.

Learning to accept the inevitable hardships and challenges will go a long ways towards playing into your eventual success.

At the end of the day, you’ve got to be willing to put in the work towards creating a change in your life. The process may not be easy, but I’ll be damned if it isn’t worthwhile.